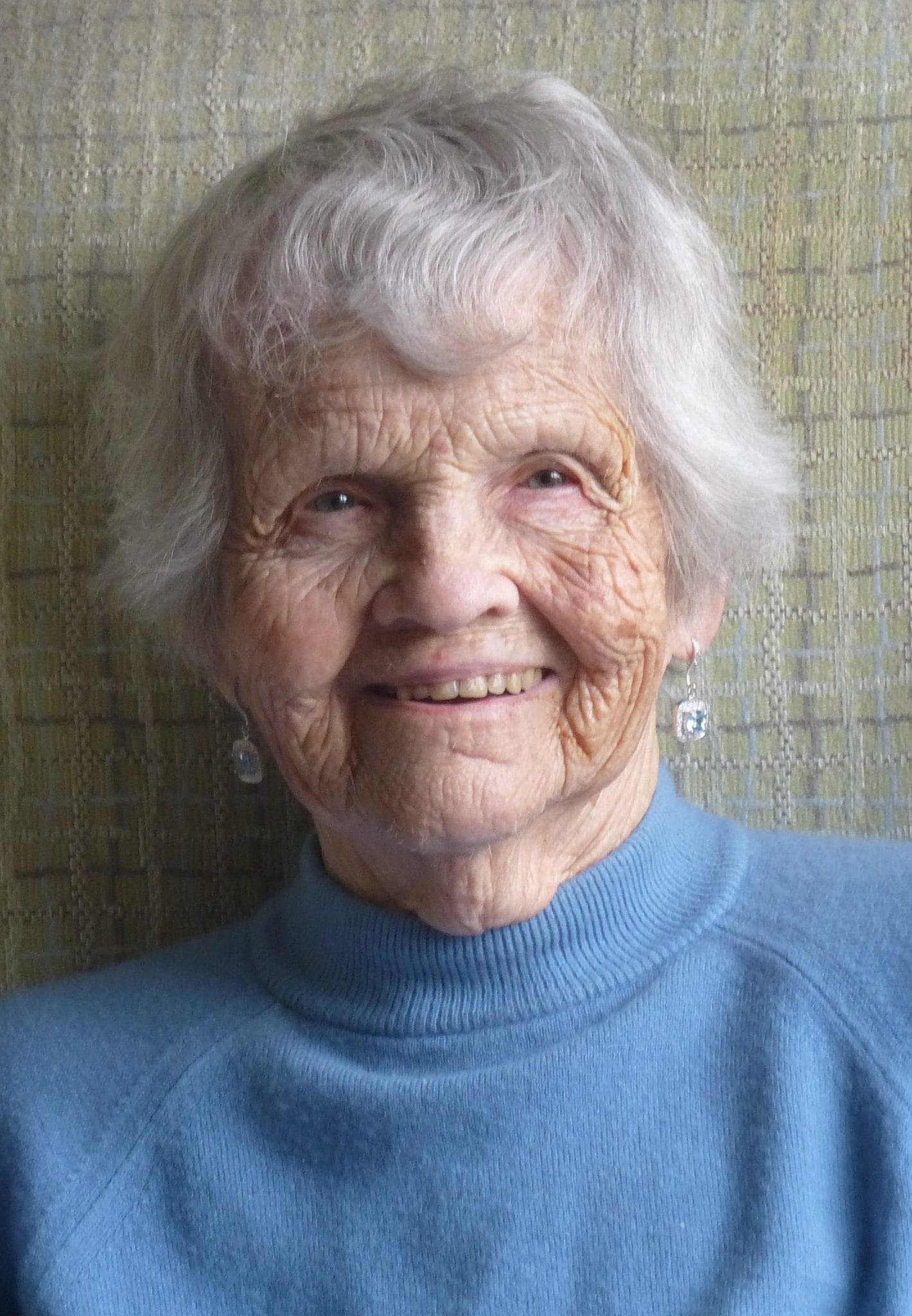 Virginia “Ginny” Pierce Burke, 98, of Hendersonville, NC, passed away on Tuesday, November 27, 2018 at Carolina Village Medical Center. She was born in Riverside, CA on July 16, 1920 to Wright M. and Laura Pendergast Pierce.

Ginny was always independent, energetic and adventurous. She met her husband, Jack, as a USO girl during WWII. Most of their courtship was through the mail since Jack shipped off to France shortly after they met. When Jack returned to his hometown in upstate NY, Ginny bravely got on a train from Claremont, CA to start a new life far from her home and family.

Over time Jack and Ginny built a family of 5 rambunctious children. Ginny stayed home to raise the family until they could manage on their own and took a job as a patent coordinator for Sybron Corp in Rochester, NY. After all the children were out of the house, or off to college, she and Jack retired to Hendersonville, NC. They loved the mountains and became avid hikers, golfers and tennis players. They always spent the coldest months somewhere warmer, typically in Jekyll Island, GA where they had many friends and access to lots of the outdoor activities they loved.

Jack passed away unexpectedly in 1997. Ginny continued to live independently half the year in NC and half in GA until she decided it was time to move into Carolina Village at the age of 88, where she lived the rest of her years, playing cards with her friends and lighting up the lives of many with her sharp wit and sense of humor.

Ginny is preceded in death by her husband and parents; brother, Wright Pierce; and son-in law Paul DuBruille.

Services will be private.