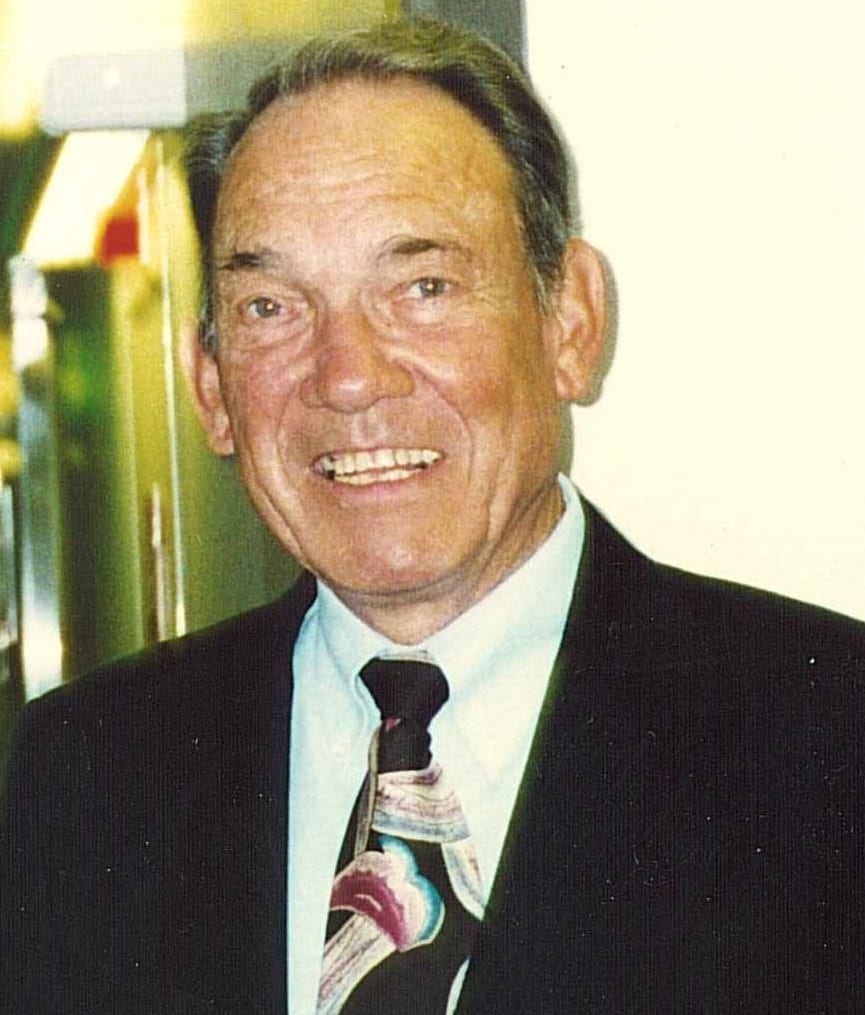 William “Bill” Edward McGee, Sr. of Carolina Village, Hendersonville went to be with our Lord Wednesday, October 10, 2012. He was born May 19, 1924 in Newton, NC, and lived in Henderson County since 1960. He was the son of the late Joseph Baxter McGee, Sr. and Mary Mauney McGee.

He was also preceded in death by his son John Christopher McGee, and his brothers Joseph B. McGee, Jr. and Harold C. McGee.

Bill graduated from Lenoir-Rhyne College with a degree in Business Administration. He proudly served his country during WWII as a sonar man aboard a minesweeper in the Pacific arena. After the war, he was employed with Northwestern Bank in Newton and Hendersonville for 36 years, retiring in 1986 as City Executive Vice-President. He was very active in the Hendersonville community, serving as president of the United Way, Chamber of Commerce, Lions Club, Hendersonville Executives Club, and Hendersonville Country Club. He also served as the treasurer of the Henderson County American Red Cross, Second Wind Hall of Fame, Four Seasons Golf Club and Pardee Memorial Chaplaincy Board. He was also the Chairman of the Henderson County Educational Advisory Board.

Bill is survived by his loving wife of 63 years, Christine Sigmon McGee of Hendersonville; his sons William Edward McGee, Jr. and wife Glenda of Louisburg, NC and Joseph Emmett McGee and wife Karen of Leicester: and daughter-in-law Diane W. Smith and husband Randy of Rutherfordton. Also surviving are his grandchildren, Tamara Young and husband Mike of Bryson City, Carrie Wood and husband Scott of Youngsville, NC, Phillip McGee of Leicester, Ryan McGee and wife Ashley and Michael McGee of Rutherfordton; great-grandchildren Kevyn, Megan, Morgan, Margaret, and Olivia; and a number of nieces and nephews.

A memorial service in Billís honor will be at 2:00pm Saturday, October 13, 2012, at Grace Lutheran Church, with the family receiving friends following the service. Pastor Greg Willams and Pastor Ken Langsdorf will officiate. In lieu of flowers, memorials may be made to Grace Lutheran Church Building Fund. 1245 6th Ave. W., Hendersonville, NC 28791.